Social Impact Investment Hub was set up in Croatia by several institutions from private and public sector, and ever since it has been successfully utilized as a corporate and social responsibility platform, especially in the area of entrepreneurship promotion and science communication. Our work is inspired by the values of the cartoon character Professor Balthazar who fosters optimism, empathy and inventiveness, values which are fundamental for every individual. These values create the framework for a society with many individuals who choose science and entrepreneurship as their potential career. It is quite obvious that imagination and the power of positive thinking in the Professor Balthazar cartoons are much stronger than lies, ideologies and manipulation. All of this is skillfully disguised by imaginative plots accompanied by colorful fairytales which results in an extraordinary work of art.

The association also serves as a platform for gathering positive social forces to help create an atmosphere of general social responsibility and commitment to the sustainable development and education of children in accordance with the positive values such as honesty, love and trust, as well as valuing knowledge and hard work, precisely the same values promoted by the character of Professor Balthazar as a socially responsible brand.

To that effect, the animated character from the Professor Balthazar series is quite unique: not only is some of the brand's commercial value channelled back to society, primarily in the areas of education and science, but also the character itself serves as a powerful communicator when it comes to spreading the message that knowledge, non-violence and creativity are positive values in the society. Thus, its educational and socially responsible potential has been tested and already in full use.

With its Excellence Awards for South-East Europe, the Turkish Trade Association for Business Angels and Early Stage Market Players (TBAA) seeks to promote and nurture start-ups, angels, and a dynamic business community throughout the region. The Awards salute those who stand out in imagining, discussing and shaping the future of an enterpreneurial South-East Europe.
Given the diverse challenges the world is facing in the twenty-first century, it is important to recognize that enterpreneurship can have major impact on our future, offering new ways toincrease economic opportunities and to foster social justice.

The South-East Europe TBAA Excellence Awards recognizes notable activities in these fields –saluting outstanding contributors to enterpreneurship and the angel investent ecosystems in the region.

Professor Balthazar as a socially responsible brand promotes the universal message of non-violent problem solving and of knowledge being the true power, instead of force, which is so dissimilar to the imagery seen in other cartoons where problems often call for violence. This has exceptionally positive influence on young viewers.

The result of ten years of time, capital and knowledge investment of the Professor Balthazar team is a cross-sectoral platform that gathers positive social forces in the South East Europe region in valuable partnership programs. Those programs create an atmosphere of commitment to fostering creativity and sustainable education of children in accordance with positive values.

Today, Professor Balthazar is not just another cartoon. He is a message, he is a mindset-changer- ready for global action! 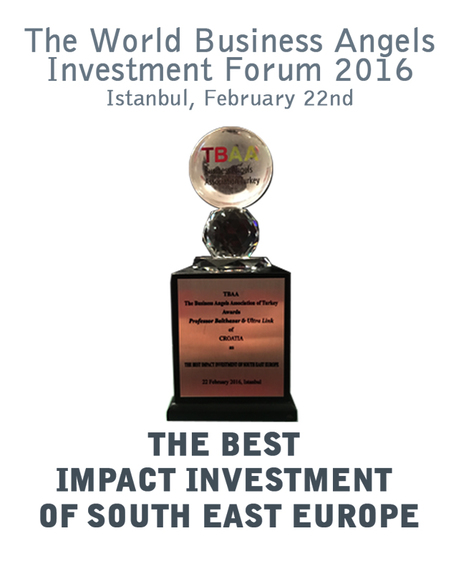